Herrera remains a key player for Mourinho’s side, having shone in the 2-1 win over Juventus in the Champions League in midweek, showing himself to be something of an under-rated member of this United squad.

It was recently claimed by the Sun that the Red Devils were prepared to cash in on Herrera as he nears the end of his contract, but the Metro now claim Mourinho is pushing for the club to keep hold of him.

The Portuguese tactician could certainly do with that kind of battling player and experienced pro in a squad that relies quite heavily on some younger, inexperienced players like Paul Pogba, Anthony Martial and Marcus Rashford.

Herrera will be out of contract in the summer and the Metro claim Mourinho has personally assured him he’ll put pressure on the club’s board to give him fresh terms.

Many fans will no doubt be happy about this, as the 29-year-old is something of a fan favourite at the club. 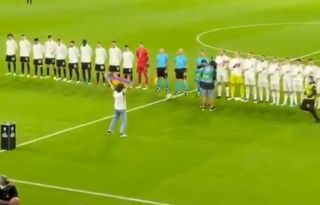