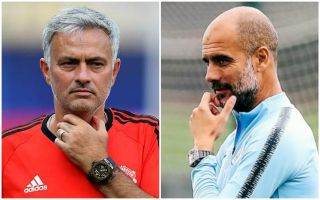 Manchester United manager Jose Mourinho has been speaking ahead of today’s big game in the Premier League – the derby against Manchester City at the Etihad Stadium.

As is often the case, the Portuguese tactician wants us to feel very sorry for him for the tough hand he’s been dealt in life.

Discussing the rebuilding process he’s had to undergo during his time as United manager, Mourinho seemed to quite clearly take aim at rivals City for having an easier time of things in the transfer market.

While his long-time rival Pep Guardiola had the luxury of signing three full-backs last summer, Mourinho has reminded everyone just how hard it’s been for him as he had to – shock horror – develop players like Luke Shaw instead.

This is far from the first time the Red Devils boss has taken to the media to play the victim, despite having huge amounts to spend on the likes of Paul Pogba, Romelu Lukaku, Nemanja Matic, Alexis Sanchez and others in his time at Old Trafford.

He also inherited a squad full of big talent like David de Gea, Anthony Martial, Marcus Rashford and Juan Mata, but has largely failed to get them playing their best football.

Still, here’s what the 55-year-old had to say ahead of the Manchester Derby…

‘I am clearly rebuilding. In my first season, I got into a situation where there were players like Wayne Rooney and Michael Carrick – ­phenomenal players and some of the most important players in the past years of the club – coming to the end,’ Mourinho is quoted in the Metro.

‘We had to get a player like Ibra [Zlatan Ibrahimovic] to help us to have a certain power to fight for something ­important, which was clearly to get back to the Champions League level. But it’s been hard work, really hard work, with people like Luke Shaw and Tony ­Martial, for example. Because for talented players like them to get to the level they are now is a process.

Jose Mourinho has spoken ahead of the Manchester Derby 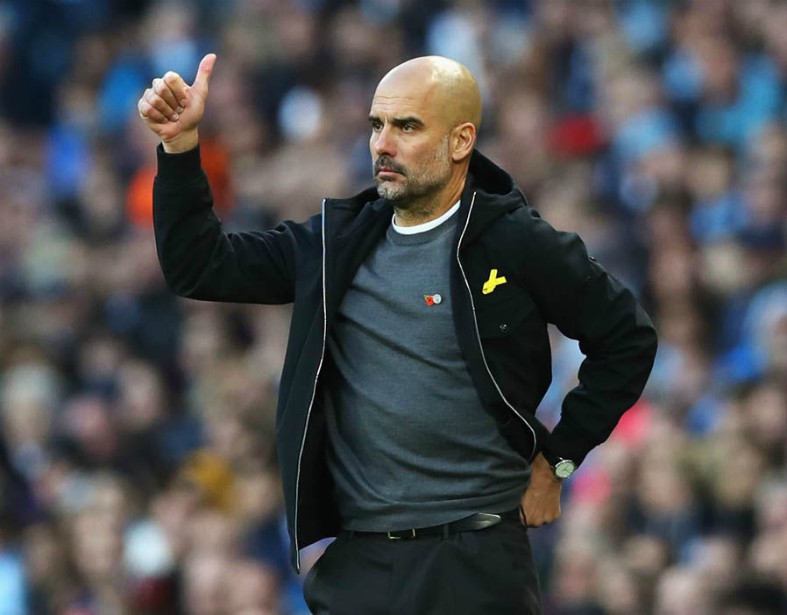 Pep Guardiola has had huge amounts to spend at Manchester City

‘To transform talent in ­professional players into ­stability and performance is a process of hard work. So is it ­rebuilding? Yes. If I need a full-back and I was able to buy four, it would be easier. So, when I needed a full-back, when I wasn’t happy with Luke Shaw’s level, the easiest thing would have been to buy four new players.

‘Some clubs can buy four full-backs. But we didn’t buy a left-back for three years ­because we were wishing and ­working for Luke Shaw to be that left-back. But during that ­process, we played Matteo ­Darmian, we played Daley Blind, we played Ashley Young, we played Marcos Rojo.

‘We didn’t buy four ­replacements – and that is a big difference. It takes less time when you buy four full-backs. To buy four, you need good scouting – and you need money. But to make players well that takes more time.’