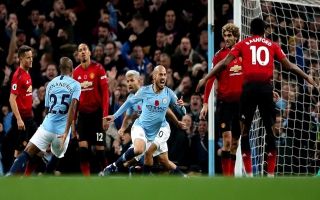 Two of Manchester United’s biggest stars angered fans this evening by laughing during United’s 3-1 defeat to Manchester City in the Manchester derby.

Alexis Sanchez and Juan Mata were spotted laughing by eagle-eyed viewers during injury time in the first-half.

The Red Devils were second best for the entire game and Jose Mourinho’s men conceded only 12 minutes into the tie when David Silva gave City the lead in the heated derby.

Goals from Sergio Aguero and Ilkay Gundogan did further damage in the second half, in what was certainly a day to forget for United.

And yet, these pictures below emerged of Sanchez and Mata clearly finding something amusing as they watched on… 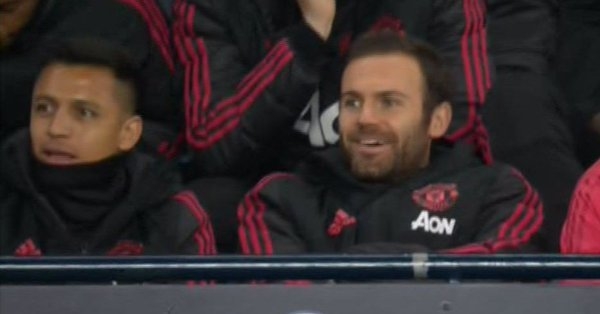 Alexis Sanchez at it again ? pic.twitter.com/qM6cloEb8I

Manchester City dominated the possession stats with a whopping 65% and at times it seemed as though Guardiola’s men were toying with their opponents.

Check out some reaction from fans to the pair laughing during the defeat:

Mata and Sanchez shamelessly laughing on the bench.

MATA and Sanchez laughing on the bench whilst playing this shite. No place to laugh guys when we are being dominated and losing again. #MCIMUN

1-0 down against one of our main rivals and Mata + Sánchez are laughing on the bench. Ah you’ve gotta love it.

WHY THE FUCK ARE MATA AND SANCHEZ LAUGHING?

Sanchez and Mata laughing on the bench… oh how the Manchester derby has changed..

Literally what did anyone expect when you have such a static midfield.

Our whole front midfield and attack looks disjointed again Loool. No wonder why Mata and Sanchez was laughing Loool the state of this team??