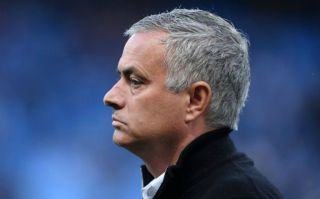 Manchester United manager Jose Mourinho has been sent a rather daunting message from club legend Nicky Butt after the 3-1 defeat to Manchester City at the weekend.

The former Red Devils midfielder, now head coach of the club’s academy, has given a frank response to the Manchester Derby defeat, spelling out the size of the task for the struggling Mourinho.

The Portuguese tactician is arguably going through one of his toughest spells as a manager, with United also at a real low point in their modern history after so many years of glory under Sir Alex Ferguson.

Butt played in many of those best Ferguson teams and knows just how high expectations are at Old Trafford, and he’s not held back in his assessment of this current MUFC squad and what Mourinho has to do to meet expectations at the club.

‘For Man United now we have got a challenge on to get back to where we want to be, which is the biggest club in the country, and also in the city,’ Butt is quoted in the Daily Mirror.

‘That challenge is there for the owners, the board, the manager and the club in general to be where we want to be. We have got a challenge on our hands to get there.’

On City, he added: ‘Every now and again you have got to hold your hands up and say they are a better team than us, better players than us, too good for every team in the Premier League and they are as good as any team in Europe.’

Many fans will likely agree with this as they crave a return to the glory years, though the truth is that looks a pretty long way off at the moment, particularly with City so strong at the moment.