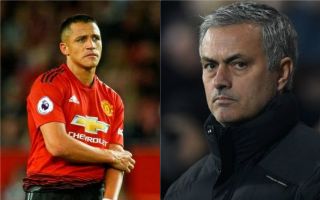 Manchester United have reportedly been dealt a major blow to their hopes of offloading Alexis Sanchez in the transfer market any time soon.

According to the Telegraph, one club seen as a potential suitor for Sanchez, Paris Saint-Germain, are not currently interested in the Chile international as they prioritise signing younger players.

This perhaps shouldn’t come as too big a surprise for United, with Sanchez proving a desperately poor signing for them since his January move from Arsenal.

The 29-year-old has never looked close to showing his peak form in a Red Devils shirt, despite being regarded as one of the best attacking players in the world in his time at the Emirates Stadium.

It remains to be seen if anyone will now be persuaded to take a gamble on Sanchez, particularly with his extremely high wages at Old Trafford, as noted by the Telegraph.

The piece suggests that could open up the possibility of a loan, though that doesn’t really benefit anyone too much and it makes sense that United would surely rather just get rid of him as soon as possible.

Still, given Sanchez’s reputation, one feels there is surely a team out there somewhere who’d fancy their chances of getting him playing at least something closer to his best form.