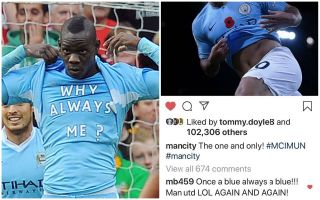 Mario Balotelli still clearly holds Man City close to his heart as he revealed he enjoyed their win over Man Utd in the Manchester derby on Sunday.

The Italian international made his own mark on the derby back in 2011, scoring a 6-1 win for the visitors at Old Trafford before revealing that infamous “Why always me?” t-shirt underneath.

While he has long since moved on and is currently plying his trade in France, Balotelli still evidently keeps a close eye on things at the Etihad and revelled in their win over United on Sunday, as seen with his comment below in response to City’s Instagram post.

Pep Guardiola’s side secured a 3-1 win through goals from David Silva, Sergio Aguero and Ilkay Gundogan, and the former City star was clearly pleased with what he saw as the three years he spent in the blue half of Manchester evidently had a big impact on him.

That or he just loves trolling United… 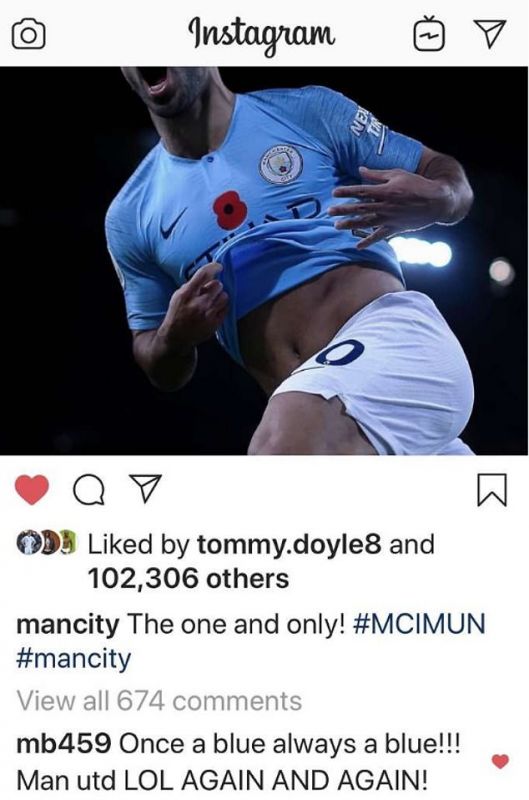 Medical on Monday: Football cult hero has finally found himself a new club