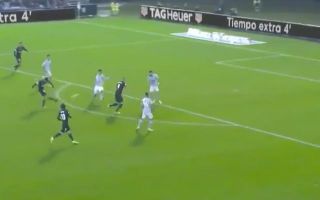 Los Blancos secured a 4-2 win over Celta Vigo to make it four consecutive wins for Solari since he replaced Julen Lopetegui at the helm.

Further, he’s seen his side score 15 goals in that time, although they conceded their first goals under his stewardship too in a thrilling game on Sunday night.

However, most importantly, the three points moved them back to within striking distance of the top four in La Liga while coupled with Barcelona’s loss to Real Betis, they are now just four points adrift of the league leaders.

Aside from sealing the win, there was real quality in the goals too, as seen in the videos below. From Sergio Ramos keeping his cool from the penalty spot again with another panenka, to Dani Ceballos wrapping up the victory with a stunning late strike, it was another successful night for the Spanish giants.

Solari will now be hoping that the international break doesn’t break the momentum when they return to action against Eibar on November 24. For now though, the signs are certainly positive that he’s got them moving in the right direction after a disappointing start to the campaign.

Ketchup with that, Sergio Alvarez? ?

Real Madrid’s Sergio Ramos toys with the Celta Vigo stopper and beats him with a panenka. #LaLiga pic.twitter.com/JEhU6d1Riq

Dani Ceballos with an absolute screamer to top off a fine night for Real Madrid. ?