Manchester United could make a January move for AS Roma starlet Lorenzo Pellegrini, after showing an interest in the Italian over the summer.

The Red Devils are set for a busy winter transfer window after a disastrous start to the 2018-19 season, which culminated in a 3-1 defeat against arch-rivals Manchester City at the Etihad on Sunday, leaving them 12 points behind in the Premier League title race.

Jose Mourinho targeted several new players during the last window but was only able to bring in Fred from Shakhtar Donetsk, Diogo Dalot from FC Porto and Lee Grant from Stoke City, none of whom have had a big impact at Old Trafford.

The Portuguese boss has expressed his desire to bring in reinforcements in the new year – as per the Daily Mail – and one man high on his list is Pellegrini, who he had his eye on during the offseason.

Sky Sports reports that United had been monitoring the 22-year-old before the new campaign began and may revive their interest in the Roma midfielder in January.

Pellegrini has been a bright spark in Serie A this term and already has 50 appearances under his belt at the Stadio Olimpico, a year and a half on from his switch from Sampdoria. 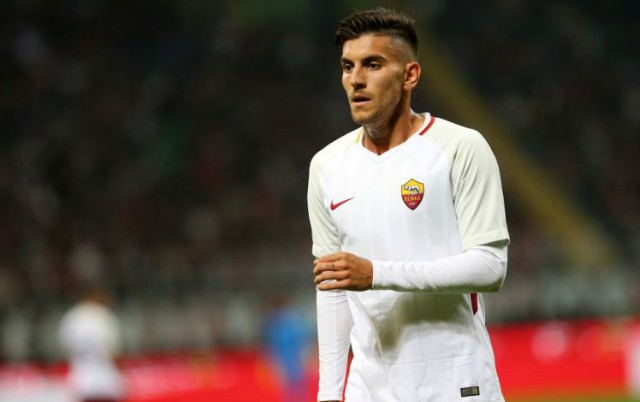 The Italy international functions best as a number 8 and has a superb range of passing, along with the ability to read the game well and a fantastic penchant for breaking up play.

He could slot nicely into Mourinho’s set up at Old Trafford, with United currently struggling for creativity and guile in the middle of the park and the former Sampdoria man might fancy testing himself in the most prestigious domestic league in Europe.

This story is one to keep an eye on in the coming weeks, particularly if the Premier League giants continue to struggle on the pitch in all competitions.