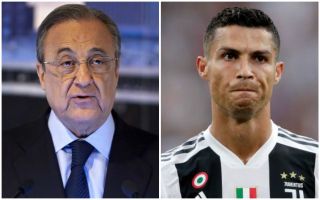 Real Madrid have reportedly been offered the chance to seal the transfer of Manchester United forward Alexis Sanchez by the player’s agent Fernando Felicevich.

The Chile international has endured a nightmare spell at United since joining the club back in January, and it looks like he could now be on his way out just a year later.

With the Telegraph reporting that Paris Saint-Germain are not currently interested in taking Sanchez off United’s hands, AS now report of El Chiringuito’s claims that that the 29-year-old’s agent has offered him to Real Madrid.

While one has to wonder if top clubs would take a gamble on Sanchez at this point, Real are pretty desperate in attack after losing Cristiano Ronaldo in the summer.

And though Sanchez’s form has dipped massively at United, he was not so long ago regarded as one of the very finest attacking players in Europe.

The former Arsenal star may also just not be the right fit for Jose Mourinho’s side, having failed to nail down a regular and clearly defined role for a side who have generally looked poor in attack, with players like Romelu Lukaku and Paul Pogba also going backwards under this manager.

Los Blancos could then feel it’s worth snapping up Sanchez if he becomes available, as he’d surely help ease the burden on the likes of Karim Benzema and Gareth Bale, who haven’t really stepped up in terms of goals since Ronaldo’s departure.

It’s worth remembering that, despite largely playing as a winger or attacking midfielder, Sanchez has notched up a hugely impressive 216 career goals – 177 at club level, and a further 39 in 122 games for Chile.