Manchester City boss Pep Guardiola has enquired about the possibility of signing Allan from Napoli, as he searches for Fernandinho’s replacement.

The Spanish boss is looking for a new holding midfielder to join his ranks next year, with the Brazilian approaching the twilight of his career at 33-years-old.

Fernandinho has been a vital part of City’s recent success and has once again featured prominently for the Premier League champions at the start of the 2018-19 campaign, but Guardiola is keen to bring in their heir to his throne in the middle of the park when the transfer window reopens – as per The Telegraph.

According to Calcio Mercato, he may have already found the man he is looking for and has made contact with Napoli over a potential transfer for one of their most prized assets Allan, who has been ever-present for the Serie A outfit this term.

The former Brazil U-20’s star has yet to receive a full international cap and at 27 years of age, he is approaching his prime, fully establishing himself as one of Napoli’s most important players since his move from Udinese back in 2015.

Allan has been called up to Tite’s latest squad but if he decided to move to England he could boost his chances of further national team call-up’s exponentially, playing in a City team brimming with quality and attacking talent, while also challenging for major trophies across the board. 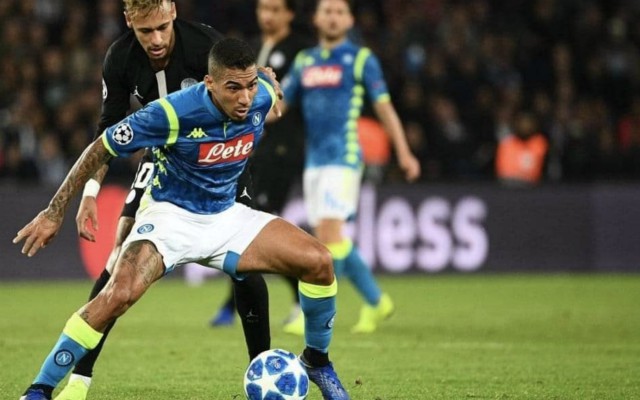 The Napoli stalwart has all the same qualities as his fellow countryman Fernandinho – tenacity, technical prowess and a keen eye for breaking up play, but Calcio Mercato reports that a number of other clubs are also keeping a close eye on him as the transfer window approaches, including Chelsea and Paris Saint Germain.

The Citizens already have the squad depth at their disposal to maintain their Premier League dominance and mount a realistic Champions League bid, but Allan would be a welcome addition capable of slotting into the middle of the park nicely.

This story could develop quickly in the coming months, with transfer speculation intensifying across Europe ahead of a huge second half of the season.