The Argentine centre-forward has scored 10 goals in 13 matches across all competitions for the Nerazzurri at the start of the 2018-19 campaign and at 25-years-old seems to be improving which each passing game.

Inter are third in Serie A after the first three months of the season, nine points behind perennial champions Juventus and they also sit in a strong position to qualify for the next round of the Champions League, second in Group B behind Barcelona.

Icardi has been an essential part of their recent success and his overall record at the San Siro makes for impressive reading, as he has managed to score 114 in 191 games over the last three years.

According to Football London, Napoli chief De Laurentiis tried to lure the Inter superstar to the club last year, when Maurizio Sarri was still in charge, and amid speculation that Chelsea are interested in Icardi’s services, he has backed him to succeed for the Blues.

“I offered 55-60 million, I do not remember,” De Laurentiis told reporters, as Football London reports.

“I met his wife, very nice. We spent an afternoon together, we negotiated a potential contract.

“Icardi is a champion, he could become a new Ronaldo, in the hands of Sarri he could make 40 goals.”

High praise indeed for a player who has become one of the most revered talents in European football and with the January window fast approaching, the Napoli president’s comments could excite Chelsea fans across England.

At the moment, Sarri is making do with Alvaro Morata and Olivier Giroud up front at Stamford Bridge, but neither man has managed to exhibit the kind of form expected of a top Premier League striker in 2018. 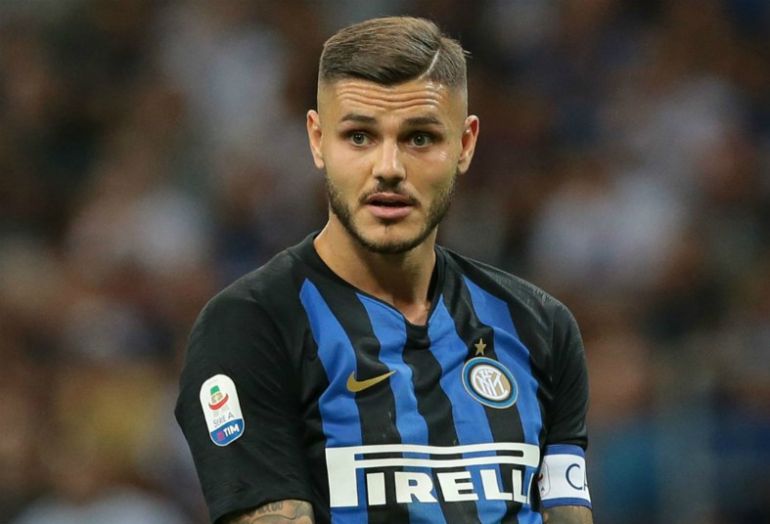 Icardi has proven himself as a lethal attacker in Italy and on the European stage, while also leading by example in an Inter team which is still some way short of being good enough to contend at the very highest level.

If the Argentina international is able to shine in that kind of environment, with good service at a premium, it is a tantalising thought to wonder just how well he could link up with the likes of Eden Hazard, Jorginho and Cesc Fabregas at Chelsea, all players with the kind of vision and passing range to gift him chances on a consistent basis.

Sarri is also a huge advocate of free-flowing attacking football and Icardi could be the perfect man to transform his team from top four contenders into genuine title challengers in the Premier League.