AC Milan and Napoli are preparing to do battle in next summer’s transfer window, with Real Madrid midfielder Isco up for grabs.

Since the appointment of Santiago Solari as head coach at the Santiago Bernabeu last month, things have gone downhill for the Spanish superstar and he has found himself out of the starting XI.

Los Blancos have won four successive games under Solari, who was rewarded with the manager’s job on a permanent basis on Tuesday, but Isco has only played 53 minutes in total so far under his stewardship.

According to Diario Gol, the 26-year-old has threatened to leave the club if he is not offered a renewal on his current contract and with his situation in the team at the moment precarious, to say the least, Madrid may cut their losses on him next year.

Diario Gol reports that Serie A giants Milan and Napoli are poised to pounce on the uncertainty surrounding Isco’s situation in Madrid, by launching respective bids for his signature at the end of the current season.

The Spain international is a supremely gifted footballer with a superb eye for defensive splitting passes and exceptional dribbling ability, however, there is some suggestion that he has yet to reach his full potential in the game, which is more down to a lack of effort than anything else. 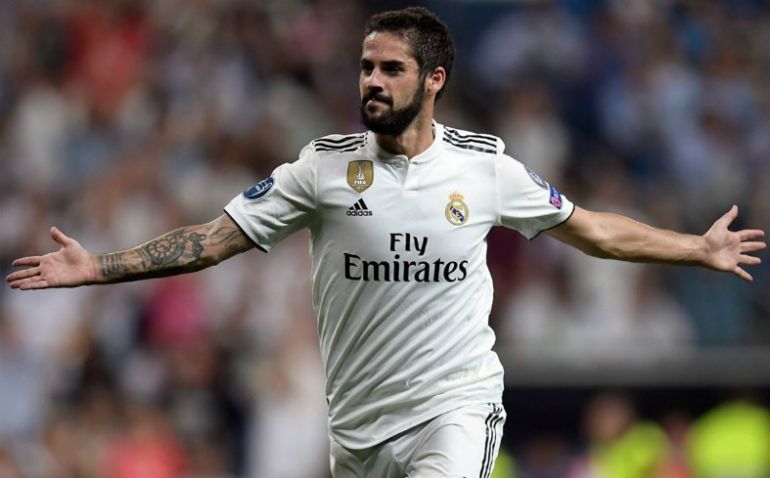 The Italian top flight is arguably a more competitive league than La Liga, with the emphasis more on defending and giving little away in midfield rather than free-flowing attacking football, but Isco certainly has the talent to add great quality to the ranks of either club in question.

That being said, after losing Cristiano Ronaldo to Juventus over the summer Madrid will surely be reluctant to lose any more of their best players, particularly given their inconsistent form domestically and in Europe over the last three months.

Isco’s future might remain in doubt between now and the end of the campaign, but if he can turn around his attitude and reproduce his best form on the pitch, there is every chance that he still has a future at the Bernabeu.