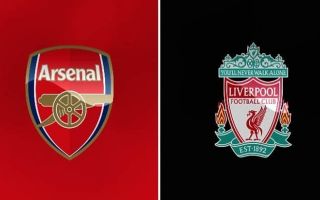 Roma star Cengiz Under is reportedly attracting plenty of interest, with the likes of Arsenal, Liverpool and Man City paired with making a January swoop.

The 21-year-old has impressed again so far this season, scoring three goals and providing five assists in 14 appearances for the Giallorossi.

It follows on from his breakout campaign last year after arriving in the Italian capital, and it looks as though he is continuing to improve, develop and progress with experience and playing time.

In turn, it comes as no surprise that his form is attracting interest from elsewhere, with Calciomercato reporting that Arsenal, Liverpool, Man City and Bayern Munich are all considering a January bid for the Turkish international, while he currently has a €60m release clause in his contract.

Roma will surely be working hard to remove that from the equation as they’ll see his valuation continue to rise as he continues to impress, while getting rid of the clause will also strengthen their position to keep him.

On the opposing side of that, the likes of Arsenal and Liverpool are seemingly keen on bolstering their attacking options further, even though it could be argued that Unai Emery and Jurgen Klopp respectively have plenty of quality in that department already.

The Gunners boss has Pierre-Emerick Aubameyang, Alexandre Lacazette, Mesut Ozil, Henrikh Mkhitaryan and Alex Iwobi to consider, while Klopp has his feared trident of Roberto Firmino, Mohamed Salah and Sadio Mane along with the likes of Daniel Sturridge and Xherdan Shaqiri.

Splashing out another €60m on Under doesn’t seem to make a great deal of sense right now, but such is the quality and promise that he possesses, he could be a crucial addition with a long-term vision in mind for any side fortunate enough to prise him away from Roma.