Arsenal defender Julio Pleguezuelo has revealed he has had offers from Spain to leave the Emirates, amid concerns over a new deal.

The 21-year-old signed for the Gunners from Barcelona five years ago as a youth player and made the step up to senior level in north London in 2016.

Since then he has found first team opportunities scarce, to say the least, with his debut coming against Blackpool during a 2-1 Carabao Cup win back in October.

Pleguezuelo has already spent time out on loan at Real Mallorca and Gimnastic in Spain and during an interview with Marca on Friday, he admitted he could make a permanent switch to La Liga if a contract extension at Arsenal is not forthcoming.

“I’m waiting to see how everything develops,” The Spaniard told Marca.

“I have to talk to my representative. My goal is to stay at Arsenal.

“I would like to continue and, if it is not here in England – I have offers in Spain. But at the moment it’s not my idea to go back.” 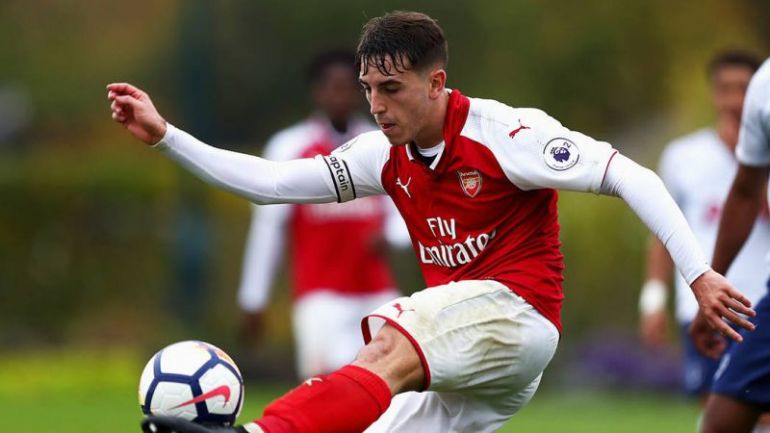 Arsenal are currently fifth in the Premier League, eight points behind leaders Manchester City and three behind local rivals Tottenham in the race for a top-four finish.

Unai Emery’s side are unbeaten in 16 matches across all competitions and look capable of causing any team problems with their pace and creativity in attack, but defensively they have been less impressive, with 15 league goals conceded already.

Pleguezuelo is a centre-back with strong leadership qualities and could be a valuable asset for the Gunners in the future, but at the moment it looks like he will have to bide his time and wait for an opportunity to shine.

If he isn’t offered a new deal then perhaps the best thing for him is to return to his homeland in search of regular football, but either way, his career is still very much in its infancy and he has plenty of time to develop into a top-class player.