The 22-year-old has over 100 appearances under his belt for the Brazilian outfit and has contributed 23 goals, since breaking into the senior team back in 2014.

His performances at club level this year earned him a call-up to Tite’s Brazil squad back in September and he came on as a substitute for Neymar to make his international debut against the United States in the same month.

Soares can function as a traditional centre-forward but can also be effective on the left and has a reputation for cutting inside onto his deadly right-foot, with many experts tipping him for a bright future at the top level of the game.

According to ESPN, Manchester United have been keeping a close eye on his progress and may be planning a transfer swoop for him next year, with his current release clause set at €60 million. 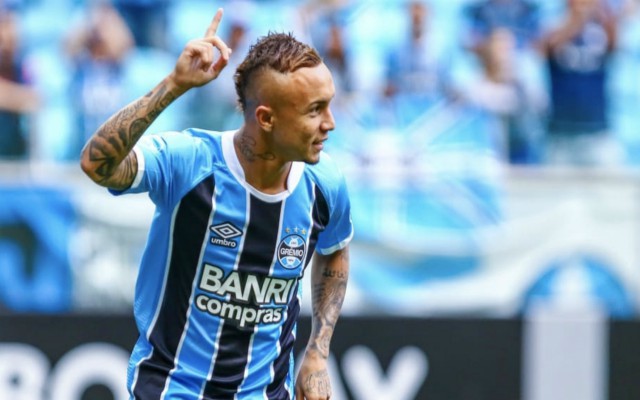 Jose Mourinho’s side have endured a miserable 2018-19 season to date, slipping 12 points behind arch-rivals Manchester City in the title race and inviting criticism with their uninspired performances and lack of urgency in attack.

The club’s most prized assets Alexis Sanchez, Romelu Lukaku and Marcus Rashford have all struggled to deliver the goods in front of goal and the arrival of a player like Soares seems to be sorely needed at this point in time.

The Brazilian forward could fit in nicely at Old Trafford given his versatility and might provide the team with a new dimension in the final third, ahead of a crucial second half of the season which is set to be make or break for Mourinho.

ESPN also reports that Man City have been linked with Soares, meaning it would be a huge coup for the club to secure his services in 2019.