Napoli defender Elseid Hysaj is still the subject of interest from Chelsea, according to the player’s agent Mario Giuffredi.

The Albanian star has been a crucial member of Carlo Ancelotti’s team at the start of the 2018-19 season, helping Napoli rise to second in Serie A once again and challenge for qualification to the last-16 in the Champions League out of a tricky group alongside Paris Saint Germain and Liverpool.

The 24-year-old joined Napoli from fellow Italian outfit Empoli back in 2015 and has since gone on to make 145 appearances for the club, fully establishing himself as one of the most reliable right-backs in the league.

Hysaj played under Chelsea boss Maurizio Sarri in Naples before the Italian’s switch to London during the summer and according to the Daily Star, the 59-year-old coach tried to bring him with him along with teammate Jorginho.

Jorginho did follow Sarri to Stamford Bridge but Hysaj stayed put and his agent Giuffredi has reignited transfer speculation by suggesting that the Blues are still interested in signing him in January.

“Chelsea in for Hysaj? If you see Napoli are playing Malcuit and looking at other players, clearly it means that there are also enquiries,” Hysaj told Radio CRC, as the Daily Star reports.

“Those who say otherwise are misinformed. Hysaj is a player who can do well in English football, given he’s very physical and being watched by big clubs. 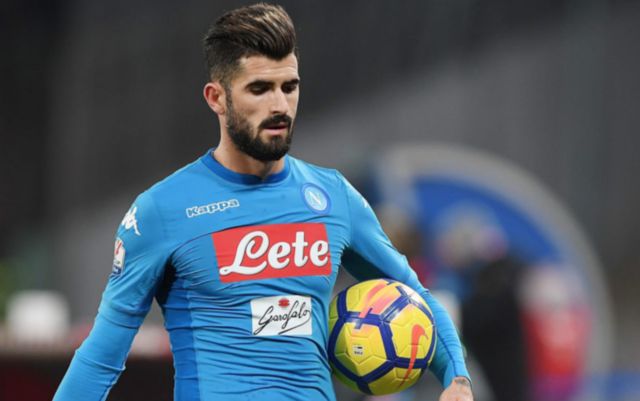 Chelsea have made an unbeaten start to the season under Sarri’s stewardship and sit third in the Premier League table, four points behind leaders Manchester City.

With the winter transfer window fast approaching, the temptation to bring in reinforcements will inevitably arise, particularly if the Blues can remain in the title picture between now and the turn of the year.

Hysaj is an aggressive, positionally astute full-back capable of challenging for a place in Chelsea’s starting XI or at the very least providing top quality defensive cover, which means this story could easily develop in the coming months.