Paris Saint Germain superstar Neymar has backed Arsenal boss Unai Emery to do well at the Emirates after a promising start in north London.

The two men worked together at the Parc Des Princes last season as PSG stormed to a domestic treble, but the Spanish boss was replaced by Thomas Tuchel in May.

In the same month, he managed to secure the Arsenal job, succeeding club icon Arsene Wenger, who left after 22 years in charge of the first team.

Emery has masterminded a strong start to the 2018-19 campaign for the Gunners, who currently sit fifth in the Premier League after 12 matches and are 16 games unbeaten in all competitions.

The 47-year-old’s immediate success at the Emirates has come as no surprise to former charge Neymar, who praised his coaching ability on Friday and predicted that he will bring long-term prosperity to the club.

“Arsenal are playing really good football, they are in great form,” The Brazilian told Sky Sports.

“Everybody knows he is a really great coach. We know about their quality.”

“I was really happy to work with him because he is a really hard-working guy, he really wants to coach us, he wants to study about football.

“He will bring good things for Arsenal, which is a really huge club, a really important club in England. I wish him luck.” 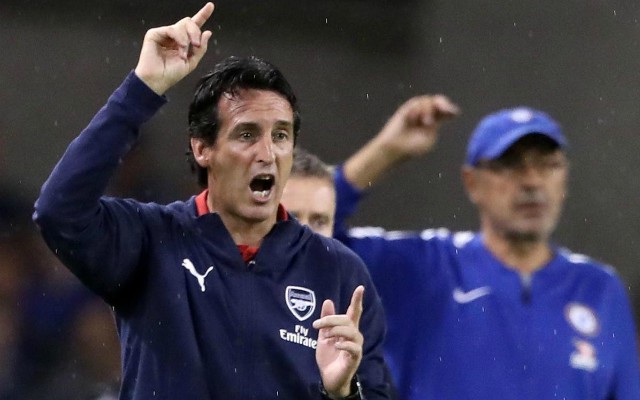 Neymar’s comments just go to further prove that Emery is a workhorse, fully focused on his duties and meticulous in his approach to preparing for games, while clearly also an adept man manager.

The Gunners are chasing a top-four finish this season and are three points behind arch-rivals Tottenham in the table, with a huge away fixture against Bournemouth up next after the international break.

Arsenal have already made great strides forward under Emery and with a busy run of fixtures on the horizon over the winter period it should be thrilling to watch his side in full flow, with the likes of Alexandre Lacazette and Pierre Emerick Aubameyang leading from the front and terrorising defences with their pace and power in attack.