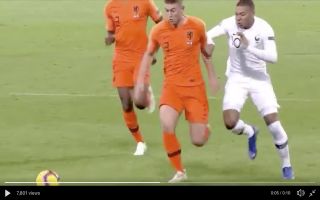 The 19-year-old surprised fan by matching Mbappe for pace before superbly turning the Paris Saint-Germain star, de Ligt showed fans that he’s one of the most talented young defenders in the world by shutting out Mbappe.

De Ligt looks like a ready-made star for club and country, the teenager fits the mould of a modern centre-back perfectly with his composure and skill on the ball and his superb reading of the game off-the-ball.

Check out a video of de Ligt’s wonderful tackle and recovery on Mbappe below:

Ajax starlet de Ligt has established himself as Virgil Van Dijk’s centre-back partner for the Netherlands in the last 18 months since making his international debut and along the way the teenager has cemented himself in the history books of Dutch football:

The youngster is destined for a massive future and with tonight’s performance some of Europe’s biggest clubs will certainly begin to step up their interest in the defender. 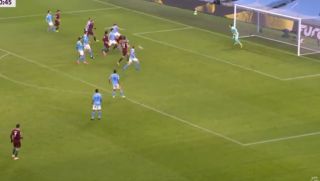