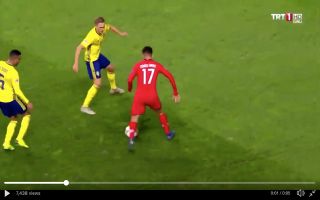 Roma starlet Cengiz Under showed off an excellent piece of skill earlier today for Turkey against Sweden which will get Arsenal and Liverpool fans to jump from their seats.

Despite being contested by two Sweden defenders the tricky Turkish international found a way to poke the ball through Ludwig Augustinsson’s legs before bursting into the box.

A report from Italian outlet Calciomercato highlighted that Arsenal and Liverpool were interested in the Roma attacker, who has a €60m release clause in his contract.

Check out a video of Under’s superb skill below:

The 21-year-old winger certainly looks like an exciting prospect for the future and Arsenal and Liverpool may well do battle to land the Turkish star’s signature. 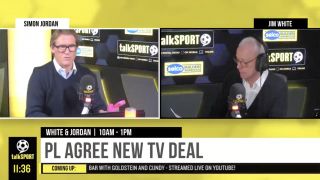