Genoa striker Krzysztof Piatek has admitted that he wants to play in the Champions League, after a blistering start to the season.

The Polish striker has scored nine goals in 12 Serie A matches this term, adapting quickly to life in one of European football’s top leagues after a summer move away from his homeland.

The 23-year-old has stood out in a Genoa side destined for a mid-table finish in Italy, showing off his ability to finish with both feet along with an impressive turn of pace and aerial ability which makes him a nightmare for defenders to cover in the box.

According to Corriere Della Sera, Piatek revealed his lofty ambitions for the future in an interview published on Saturday, as he told reporters: “The dream of those who come to Genoa is that they use it as a stepping stone towards a big club.

“If I continue this way, I could sign for a big club. My objective is to play in the Champions League.”

According to the Guardian, the Genoa hitman is not short of potential suitors with the January transfer window fast approaching and Chelsea have lined him up as the man to lead their attack ahead of unreliable pair Alvaro Morata and Olivier Giroud. 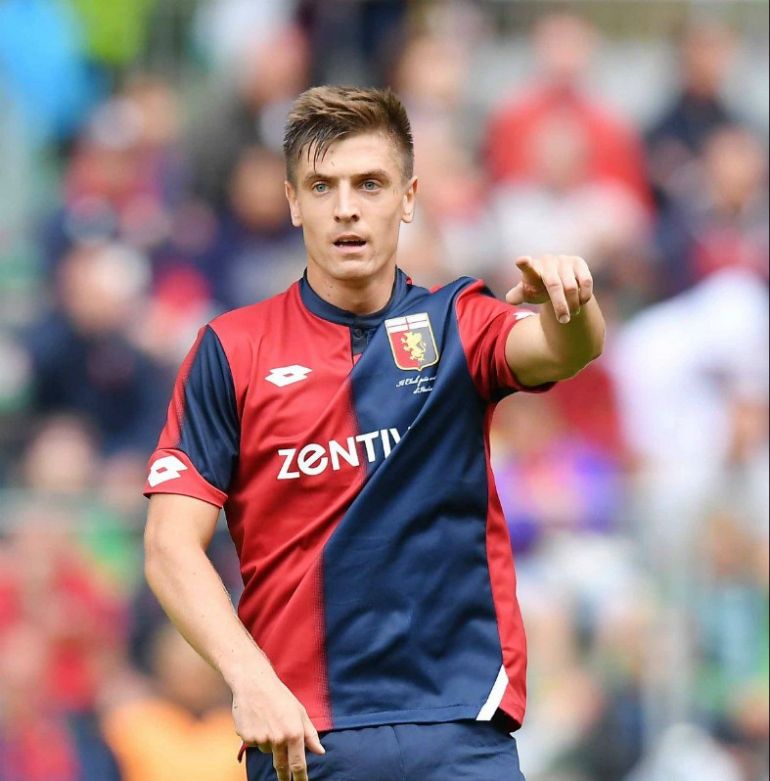 Piatek’s latest comments may have put Blues’ chiefs on red alert, but they are likely to face strong competition for his signature from Spanish champions Barcelona, who are also monitoring his progress in Italy, as per Diario Sport.

Luis Suarez currently plays as the La Liga giant’s number one centre-forward but at 31-years-old he cannot be expected to shoulder that burden for the club forever, meaning the Poland international could be the ideal man to fill his boots in the future.

Morata and Giroud have been very inconsistent for the Blues and thusly the team has become over-reliant on Eden Hazard’s brilliance in the final third, which makes their need greater than Barca’s, given the fact that Ernesto Valverde’s men have the likes of Lionel Messi and Phillipe Coutinho to deliver the goods if Suarez misfires.

This story could develop quickly in the new year, especially now that Piatek has shown his hand and admitted that he hopes to play at the highest level sooner rather than later.