Jurgen Klopp is interested in signing this German international for Liverpool in the January transfer window, the ace came through the ranks at Borussia Dortmund under Klopp.

According to a report from the Express, Klopp is interested in bringing Hoffenheim midfielder Kerem Demirbay to Anfield and it is understood that Demirbay is one of Klopp’s top targets for Liverpool in the January transfer window.

The 25-year-old made appearances for Turkey’s under 19s, 20s and 21s before switching his allegiances to Germany – where he was born.

The midfielder has since made two appearances for Germany, both of which coming in June of 2017. 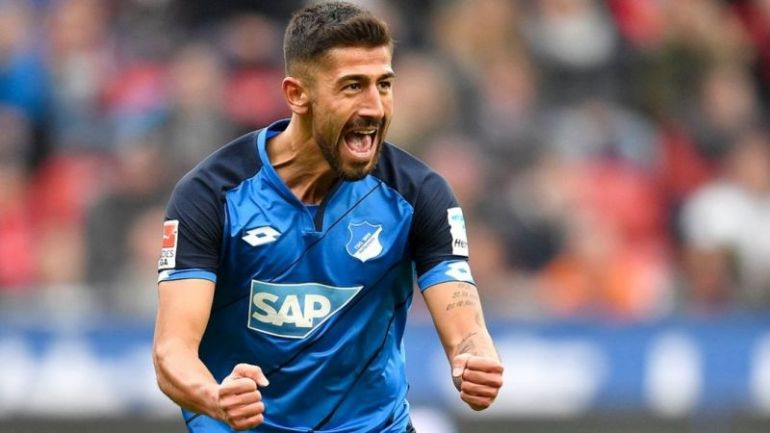 Demirbay has become an integral part of Hoffenheim’s midfield and the ace can play as either an attacking midfielder or in a deeper midfield role. Demirbay’s versatility will be of massive interest to Klopp.

It is understood that a potential deal could come to fruition fairly easily without any hiccups given the fact that Demirbay shares the same management company as Liverpool superstars Naby Keita and Sadio Mane.

According to German newspaper Bild, Liverpool have already  sent scouts to watch Demirbay this season during Hoffenheim’s 3-3 draw with Lyon in the Champions League.

Liverpool currently sit in 2nd place in the Premier League, just two points behind leaders Manchester City. The title race is certainly beginning to heat up but all three of City, Liverpool and Chelsea are still unbeaten this season.