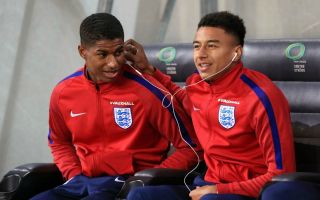 Manchester United will be concerned at the sight of Marcus Rashford going straight down the tunnel with what looked like an injury in the England vs Croatia game.

The 21-year-old put in a fine performance for the Three Lions against Croatia this afternoon, despite being unable to help get his team on the score sheet during his time on the pitch.

Rashford England's most threatening player substituted and straight down the tunnel. Hopefully not injured. ?

However, Rashford was then substituted off late on, and was seen heading straight off down the tunnel instead of watching on from the sidelines, which could mean he had to go and receive some treatment on an injury.

United could do without more bad news after a difficult season in which attacking players like Alexis Sanchez and Romelu Lukaku have badly struggled to click into gear.

Although Rashford hasn’t been the most consistent performer himself, Jose Mourinho could do with all the options he can get right now.

MUFC will hope the England international merely went off as a precaution and there isn’t anything that’s going to keep him out long-term.