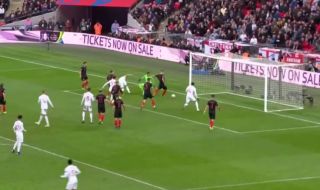 Late goals from Jesse Lingard and Harry Kane turned things around for England against Croatia in the Nations League this afternoon.

Andrej Kramaric had put the visitors 1-0 up at Wembley, but at the time of writing England are now in control again with a thrilling late double.

Lingard came off the bench to tap home a simple equaliser before Kane then showed his trademark predatory instincts to steer home a second with just five minutes left to play.

While fans of Manchester United and Tottenham will be glad to see their heroes get on the score sheet today, England fans in general will be delighted to get revenge on Croatia after the World Cup semi-final defeat in the summer.

Watch the two goal videos below…