Barcelona defender Thomas Vermaelen wants to leave the club next year and favours a return to English football.

The 33-year-old spent five years at Arsenal between 2009 and 2014 before making his switch to the Camp Nou, but since then his career has taken a turn for the worst.

The Belgian centre-back has failed to establish himself as a first-team regular at Barca, with just 44 first team appearances under his belt to date and that situation looks unlikely to change after featuring only twice in La Liga this term.

According to Mundo Deportivo, Vermaelen is out of contract next summer, at which time he will become available on a free transfer, but the Spanish champions may be willing to listen to offers for him in January.

Mundo Deportivo states that the Barca outcast is hopeful of a securing a move back to the Premier League, having been closely followed by Watford and Southampton over the last few years. 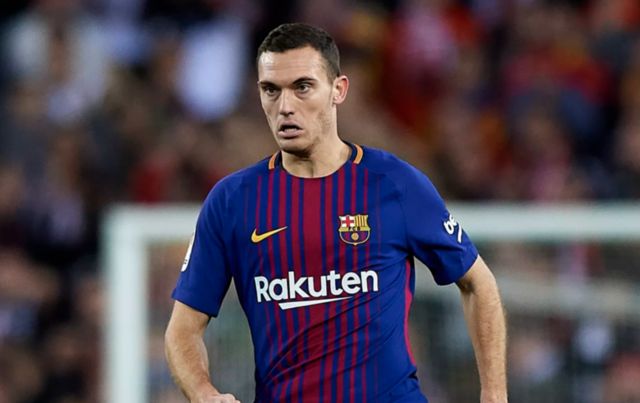 The former Arsenal man has endured a frustrating spell in Catalonia and as he approaches the twilight years of his career he is a million miles away from the physically imposing player he once was, but regular football elsewhere could still see him rediscover his best form.

Gerard Pique and Samuel Umtiti are easily keeping Vermaelen out of Ernesto Valverde’s starting XI and at the moment it looks as though leaving the Camp Nou is his best option, but it remains to be seen whether or not an English club will be willing to take a gamble on him in the new year.

However, the Belgium international has the experience of top-level European football to do well at a mid-table Premier League club and he clearly still feels he has unfinished business to attend to in England.