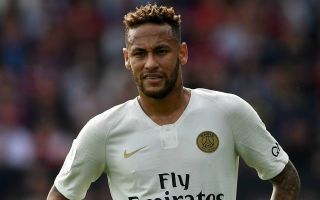 This is according to Spanish outlet Don Balon, who state that Kane could move to the Bernabeu if they pay Spurs a fee of around £201million.

The England international has been one of the best goal-scorers in Europe in recent years and seems absolutely ideal for Real to replace the threat of Cristiano Ronaldo up front after the bizarre decision of selling him to Juventus this summer.

Madrid have not looked nearly as dangerous since Ronaldo’s exit, with club president Florentino Perez also surprisingly failing to bring in a big-name replacement this summer.

The addition of Kane would surely make up for that, and Don Balon suggests Ramos believes an out-and-out finisher of this type should be the club’s priority instead of a player like Neymar.

Harry Kane could be a superb signing for Real Madrid

The Brazil international has shone for PSG and also previously starred for Los Blancos’ La Liga rivals Barcelona, but it may be that he will not end up being a priority target for the Bernabeu club any time soon.

Kane, on the other hand, could probably do with a big move like this to fully cement his place as one of the game’s elite forwards.