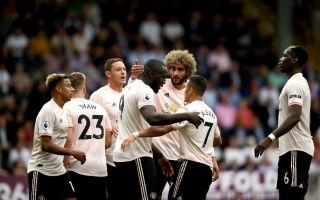 The France international has not had the best of times since leaving Juve for United in the summer of 2016, failing to hit top form in the Premier League so far.

Pogba looked one of the best players in the world during his time in Turin, however, so it’s perhaps little surprise there’s now apparent interest in bringing him back there.

According to the Metro, initial talks took place between Juventus and the Red Devils before their recent Champions League game in Turin, with the Serie A champions also having a special first-option clause they could activate in any transfer battle involving Pogba, meaning they need to be informed of any bids made.

This looks a big worry for MUFC fans, who’ll surely want to see Pogba stay at Old Trafford and fulfil his obvious potential.

The 25-year-old’s time may be running out, however, with the club perhaps more likely to cash in on him if offers come in, rather than make yet another change in manager.

Paul Pogba is a transfer target for his old club Juventus

Pogba and Jose Mourinho have not looked a natural fit together at United, but it may be that the Portuguese will somehow end up lasting longer of the pair.

The Metro add that Pogba himself is open to returning to his former club, in what would be another superb signing for Massimiliano Allegri after adding big names like Cristiano Ronaldo and others in recent years.