Real Madrid have joined the race to sign Pedrinho from Corinthians, with Barcelona also interested in securing his services.

The 20-year-old broke into the first team for the Brazilian club in 2017 and has since gone on to make over 60 appearances, scoring three goals.

Deployed mainly as a right-winger, Pedrinho is also capable of playing through the middle and in a more withdrawn role in midfield, with attack-minded instincts that help to drive his team forward at every opportunity.

According to Marca, Los Blancos president Florentino Perez met with Corinthians’ chief Andres Sanchez over the last week at the Santiago Bernabeu, which has ignited speculation that the two men negotiated a transfer deal for Pedrinho.

Marca reports that the Brazilian starlet has a buy-out clause of €50 million which is a merely a small drop in the ocean for a club the size of Madrid, however, Barcelona are also monitoring his progress, meaning a bidding war could well ensue during the winter transfer window.

The European champions may be able to beat their arch-rivals to his signature given the fact that they have already signed Vinicius Jr and Rodrygo from the Brazilian league in recent times, with a deal for Exequiel Palacios also reportedly tied up. 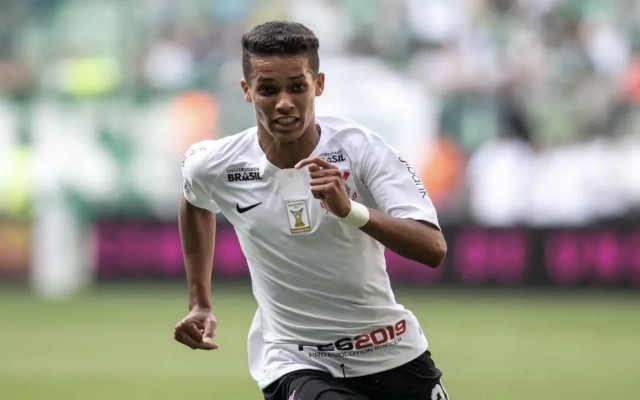 That strong contingent of future Selecao stars could help to convince Pedrinho that Madrid is the perfect destination for his talent to grow and strike a blow to Barca’s hopes of adding more depth to their squad.

Santiago Solari is ushering in a new era at the Bernabeu and will need all the help he can get to match the success of former manager Zinedine Zidane, with the club having had to endure a tough spell since he left under the doomed stewardship of Julen Lopetegui.

Pedrinho has the natural ability and flair to add a new dimension to Solari’s side with so much to play for across all competitions in the new year, as Los Blancos look to end Barca’s dominance in La Liga and maintain their foothold on the Champions League.