Chelsea striker Oliver Giroud insists he is happy to stay at the club and fight for his place, despite being dropped for Alvaro Morata.

The Frenchman returned to club duty late this summer after his World Cup-winning exploits with Les Bleus and since then he has faced an uphill battle to earn a place in Maurizio Sarri’s starting XI.

The 32-year-old has featured nine times in the Premier League this term and has yet to find the net, with his only goal of the campaign coming in the Europa League group stages.

Giroud has largely had to play second fiddle to Morata, who despite an equally underwhelming start to the season has enjoyed a recent resurgence, with 6 goals in 15 games across all competitions.

The veteran striker has been linked with a Chelsea exit as a result of his lack of playing time, but he came out to address those rumours in an interview on Sunday, standing firm that he intends to remain at Stamford Bridge and help the team as much as he can.

“Would I have to consider a departure to keep my place in the national team? I feel like it is as if we are where we were several months ago when I was being asked the same questions before the World Cup.

“Today I am calm, happy with this World Cup title. I don’t need to put myself under more pressure than that.

“Of course, I am a competitor and I would like more playing time. But I am in a very big club, with very big players.

“I am going to fight and for the moment, it is not a question about seeking a departure. I am going to stick in there and do not expect me to give up.” 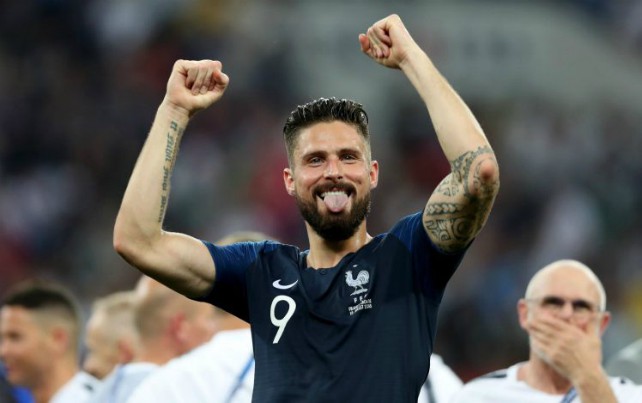 The France international’s next opportunity to shine for the Blues could come next Saturday when they travel across London to face local rivals Tottenham.

At the moment only a point separates them in the Premier League table and with both teams still harbouring hopes of winning the title, a defeat could really shake things up at the top.

Whether he starts on the bench or ahead of Morata, Giroud needs to focus on what he does best to move back ahead of his colleague in the pecking order, which is being a nuisance for defenders with his strength on the ball and superb ability in the air.