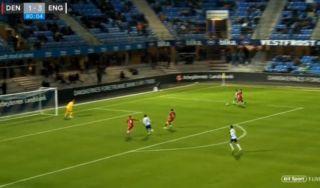 Arsenal youngster Reiss Nelson made an impression again this evening during international duty for the England Under-21s.

The 18-year-old Gunners attacker has had a superb season so far on loan with Bundesliga side Hoffenheim, and he’s shown his talent once again to set up a goal for the young Three Lions.

Watch the video below as Nelson shows a superb turn of pace to beat his defender before picking out Dominic Calvert-Lewin for the finish in the penalty area.

Arsenal fans will be excited to see Nelson back at the Emirates Stadium next season after his remarkable progress this term.

If he carries on playing like this it’s hard to imagine he won’t be a regular in Unai Emery’s first-team before long. 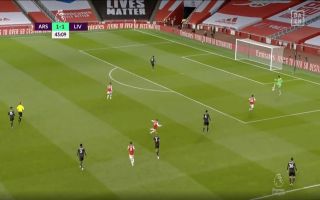