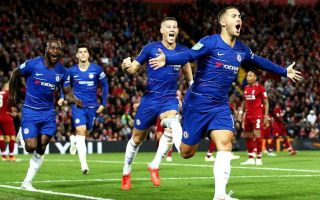 Chelsea could reportedly set to be offered the chance to seal the transfer of Real Madrid winger Gareth Bale as part of a deal for Eden Hazard to move to the Bernabeu.

The Wales international looks a tempting like-for-like replacement for Hazard at Stamford Bridge as the Belgian heads nearer the end of his Blues contract.

As things stand, Hazard would be a free agent at the end of next season, meaning Chelsea could be forced into accepting an offer for him soon to avoid the risk of losing him for nothing.

Don Balon now quote Spanish TV show El Chiringuito as stating Real know this and are hoping they can tempt CFC into letting Hazard go with the offer of around £115million and possibly Bale thrown into the mix as well.

Some fans might be sceptical about bringing in Bale at this stage, with the former Tottenham star not looking the player he was after a difficult period in La Liga.

Still, it’s certainly better than losing Hazard for free, with the Welshman previously one of the finest players in the Premier League and now a four-time Champions League winner with Madrid.

That kind of quality and experience could be useful for Chelsea to progress if they do lose Hazard, and time is running out for them to be too picky.