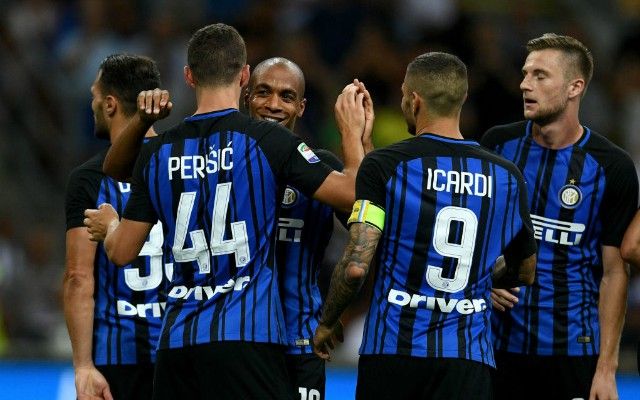 Man Utd could be given fresh hope of signing Inter winger Ivan Perisic as it’s reported that his future is in doubt and his valuation has dropped.

As noted by The Sun last year, United were said to be close to a deal to sign the Croatian international for £40m but it never materialised. Having been linked with him again this past summer, he once again remained in Italy.

Now, Calciomercato suggest that there could be fresh hope for the Red Devils to make a deal if they remain interested, as Perisic could be sold for around €35m as that fee could go towards making a key signing for Inter to bolster Luciano Spalletti’s squad.

The problem though for Mourinho who has constantly been touted as an admirer of Perisic, as suggested by the Mirror, is that the 29-year-old hasn’t performed anywhere near as well this season.

He’s managed just two goals and two assists in 16 appearances, following on from last season when he scored 11 goals and provided 11 assists in 39 outings as he was crucial in helping guide Inter back to the Champions League.

In turn, a decision must be made on whether or not he’s merely experiencing a dip in form and will return to his usual level sooner rather than later, or perhaps that he’s starting to show a decline in his decisiveness in the final third.

Even with the touted €35m figure in mind, that’s still a lot of money to spend on a 29-year-old, and so it remains to be seen if Mourinho urges Man Utd to try again and perhaps launch a fresh bid in the New Year.

As for Inter, Spalletti now has the likes of Matteo Politano and Lautaro Martinez to take that burden off Perisic, and so perhaps a sale would make sense for them to address other areas of their squad.