Manchester United winger Anthony Martial could become the fourth man in the club’s history to score in six consecutive games this weekend.

The Frenchman has found the net in his last five Premier League games and if he manages to notch another goal against Crystal Palace on Saturday, he will join a prestigious list of United greats – as per Sky Sports.

Ex-Red Devils striker Ruud Van Nistelrooy holds the club record after scoring in ten consecutive games between the end of the 2002/2003 season and the start of the 2003/2004 season, which was also a league record before Jamie Vardy set a new benchmark of 11 games for Leicester City back in 2015.

The Dutchman was one of the most deadly poachers in English football between 2001 and 2006, also managing to go on an eight-game scoring run and two six-game streaks during that time, however, he only managed to win one Premier League title.

The other two men on the list are Eric Cantona and Cristiano Ronaldo, both of whom managed to reach the six-game mark during their respective spells at Old Trafford, as the former helped United win the 1995/1996 title and the latter provided the magic which saw the team pip Chelsea to the 2007/2008 crown.

Martial is in line to start against Palace and few would bet against him accomplishing this feat in front of the United faithful, as he has emerged as the team’s most potent attacking weapon in recent weeks.

Jose Mourinho’s men are eighth in the Premier League and 12 points behind leaders Manchester City, having struggled for a run of consistent form at the start of the latest campaign. 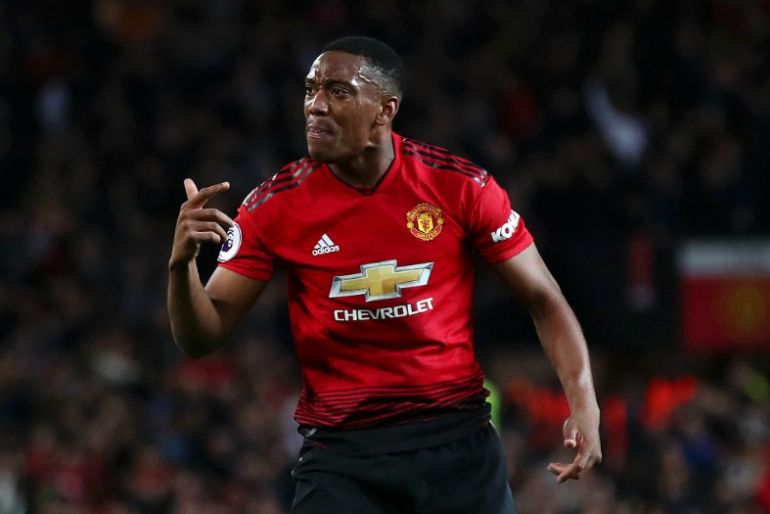 The Frenchman has been one of the few bright spots in an otherwise bleak first half of the year for Mourinho’s men, but if he can continue to produce the goods in front of goal, a crucial three points against the Eagles looks likely, which could reignite United’s push for a top-four finish.