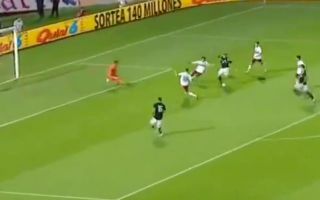 Argentina secured a 2-0 win over Mexico on Tuesday as Mauro Icardi and Paulo Dybala bagged the goals to secure victory for Lionel Scaloni’s men.

The Inter and Juventus stars have been made to wait for their first goal for the national team, but they both finally broke their duck this week.

Icardi gave his side a great start as he produced a brilliant bit of play to wriggle free in the box before producing a clinical finish, something that Inter fans have grown accustomed to.

As for Dybala, he kept his composure and used his positional awareness really well to have an easy tap in to double Argentina’s lead in an impressive outing for the Albiceleste.

It took Icardi eight games to finally end his wait for a goal in an Argentina shirt, while Dybala has waited a little longer having made 18 appearances before finally finding the back of the net.

Having now gotten over that obstacle, the pair will hope that the goals come more freely moving forward and that they can play key roles in helping Argentina move forward after their disappointment at the World Cup this past summer.

What a goal by Mauro Icardi! ?
pic.twitter.com/JkhMPmTw4N