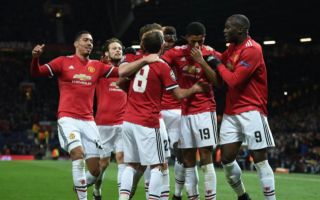 Concern at Man Utd could be growing as speculation continues to talk up a potential exit for Marcus Rashford with Real Madrid reportedly keen on the England international.

The 21-year-old has continued to struggle to hit top form so far this season, scoring just two goals and grabbing one assist in 13 appearances in all competitions.

Although he continues to feature regularly, he hasn’t been able to replicate the form that he showed when he initially broke into the Man Utd line-up, and it seemingly continues to lead to question marks hanging over his future at Old Trafford.

According to The Sun, Real Madrid have already made contact with Rashford’s representatives as they appear to be considering the £50m-rated youngster as a potential solution to their attacking woes, while worryingly for United it’s added that he could be open to a move if he can’t land a permanent spot in the XI.

Los Blancos have scored just 20 goals in their opening 12 La Liga games, 14 less than rivals and league leaders Barcelona, as they don’t seem to have found a viable solution to cover the void left behind by Cristiano Ronaldo after his exit this past summer.

Rashford’s pace, movement and finishing ability could suit them perfectly under Santiago Solari having moved away from the possession-based style of Julen Lopetegui, and so it remains to be seen if the pieces fall into place for the England forward to make the move to the Spanish capital.

It surely won’t go down well with the Man Utd faithful given that the starlet has come through the ranks at the club and had shown such early promise.

Nevertheless, if Jose Mourinho continues to struggle to get the best out of him on a regular basis, then perhaps an exit becomes a more likely scenario with that possible £50m windfall going towards bolstering the squad with a replacement.