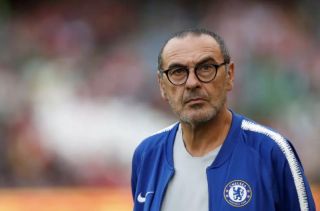 The Italian tactician has made an impressive start to life in England, guiding the Blues to third place in the Premier League after 12 games as they sit just four points adrift of leaders Man City.

On top of that, they’ve made progress in the Europa League and League Cup, and given he didn’t have a great deal of time this summer to work with the players and perhaps didn’t get all the transfer work done that he would have liked, perhaps more improvement is still to come.

According to Calciomercato, Chelsea will be in the race to sign talented Brescia youngster Tonali, as the 18-year-old continues to impress for the Serie B outfit with some early comparisons being made to Andrea Pirlo given the similarities in their style of play and position on the pitch.

Evidently, he still has a long way to go to reach that level, but with four assists and a goal in 11 appearances so far this season, he is clearly making a positive start.

Calciomercato have previously noted that he could cost in excess of €20m, and so it remains to be seen if Chelsea are willing to take what is still a gamble given he hasn’t proven himself at the highest level yet.

Meanwhile, the Metro report that Aouar is also a target for Chelsea while he has a £30m valuation.

The 20-year-old has impressed for Lyon this season, bagging five goals and four assists in 17 appearances, and so if the reports are accurate, Chelsea could be targeting two very promising and long-term solutions for their midfield.

Although Sarri did sign Jorginho this past summer, Mateo Kovacic will return to Real Madrid when his loan spell ends at the end of the season. In turn, a replacement will be needed and in order to help implement his preferred playing style fully, the Chelsea boss will undoubtedly be on the look-out for technically gifted and creative individuals to complement the Jorginho-Kante partnership.