Liverpool winger Sadio Mane has committed his future to the club after successfully negotiating a new deal on Thursday.

The Senegalese attacker has been in red-hot form at the start of the 2018-19 campaign scoring 7 goals in 15 games across all competitions to help the Reds fight at the top of the Premier League table alongside Manchester City.

Jurgen Klopp’s men are currently two points behind the defending champions after 12 matches, with a trip to Vicarage Road to face Watford next up on Saturday afternoon.

Sane is in line to start in a front three once again and his continued presence in the squad will be vital for the Reds in their pursuit of silverware on all fronts over the next few months.

According to Liverpool’s official website, the 26-year-old has agreed to terms on a new long-term contract at Anfield, and he spoke to reporters to express his joy following the announcement earlier today.

“I am very happy, very happy to extend my time at Liverpool,” Mane told Liverpool’s website.

“It is a great day for me and now I am looking forward to everything – to helping the team, to helping the club achieve our dreams and, especially, to win trophies.

“I’ve always said, when I knew I had a chance to come here I didn’t have to think twice. The right club in the right moment and with the right coach as well. I came here and was very happy.

“For me, I have made the best decision in my career.” 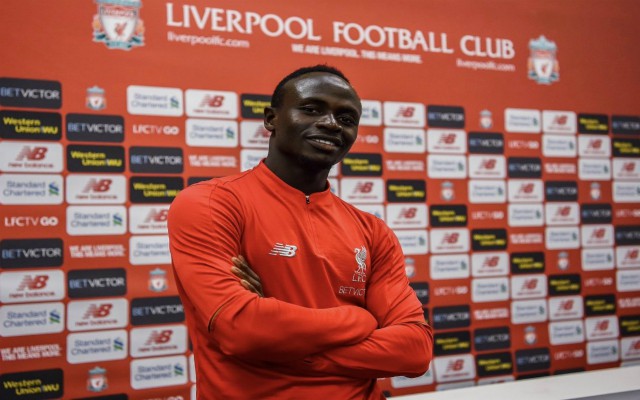 Mane joined Liverpool back in 2016 from Southhampton and since then he has taken his game to the next level under Klopp’s guidance, emerging as one of the most dynamic and effective forwards in England.

He has managed to score 40 goals in 89 appearances for the club to date and seems to be improving with each passing game, forming a great understanding with Roberto Firmino and Mohamed Salah in a devastatingly effective front three.

Reds supporters will no doubt be delighted by this latest news and can now look forward to many more great performances from Mane, who was also recently shortlisted in the final 30 name list for the Ballon d’Or, which just reflects even further just how far he has come in such a short period of time.