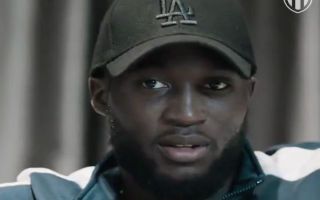 Man Utd striker Romelu Lukaku has a very simple solution for any of his teammates who might have an issue with Jose Mourinho.

As noted by The Telegraph, the Portuguese tactician has had his troubles with Luke Shaw in the past, while Sky Sports have previously reported on clashes between him and Paul Pogba too.

Despite all the talk and speculation surrounding those situations though, Lukaku has a pretty simple resolution to it, as seen in the video below with Bleacher Report.

The Belgian international clearly believes that any potential issues between his Man Utd teammates and Mourinho can be dealt with pretty swiftly and easily by addressing it head on, although he adds that he doesn’t really think about it if it affects others as that’s for them to sort out.

To be fair, he’s not wrong. Perhaps he could be criticised for not taking on more of a leadership role and helping resolve those potential issues. However, it seems like a sensible strategy to just stay out of it too…