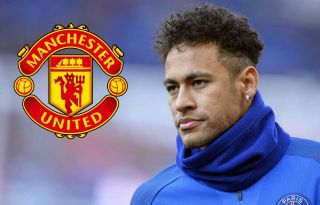 Manchester United are one of the three main candidates to win the race for the Neymar transfer as the prospect of him staying at Paris Saint-Germain beyond the summer looks in serious doubt.

Spanish source Don Balon lists United alongside Manchester City and Real Madrid as the contenders for Neymar, with a stay at PSG ‘completely ruled out’ and Barcelona not keen on bringing him back to the Nou Camp.

United could do with this kind of star quality in their squad, and have been linked with similarly ambitious moves in the past.

Even today, another Don Balon report links them as readying a big-money bid for Atletico Madrid star Antoine Griezmann, so it’s clear a top class forward is a priority.

This would be hugely important for United for obvious reasons, with players like Alexis Sanchez and Romelu Lukaku just not living up to expectations at Old Trafford at the moment.

Neymar is a transfer target for Manchester United

And while Pep Guardiola’s Man City side score freely most weeks and strolled to the title last season, United will surely remain a long way off unless they can bring in a Neymar or a Griezmann-type player.

It remains to be seen, however, if United could realistically convince the Brazilian to join them over City or Real Madrid at this moment in time.

MUFC aren’t even looking one of the favourites to finish in the top four at the moment, and if they don’t qualify for the Champions League signing Neymar would surely become impossible.