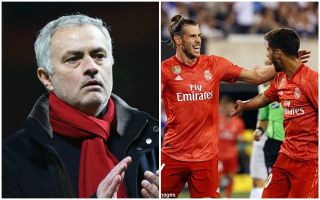 Manchester United have been handed a major boost in their long-term transfer pursuit of Real Madrid attacking midfielder Marco Asensio.

According to the latest transfer gossip from Spanish source Don Balon, Real Madrid have given Asensio a final warning over his slump in performances this season.

Despite the Spain international long being regarded as one of the finest young talents in the game, he has not been able to establish himself as a key part of the team at the Bernabeu.

That shouldn’t stop other big clubs coming in for him, however, with the 22-year-old clearly a special talent who could improve vastly in the next few years.

United have shown a strong willingness to gamble on the player, who has been linked with them and many other Premier League clubs in recent months.

One most recent report stated Liverpool were lining up a bid of 80million for Asensio, but United should have it in them to out-bid their rivals this January.

MUFC could do with strengthening in attacking midfield after some patchy form from players like Alexis Sanchez and Marcus Rashford in recent times.

For that kind of money, United will feel they’re landing themselves a bargain if Asensio ends up fulfilling his true potential by playing more often and gaining confidence as a result of that.