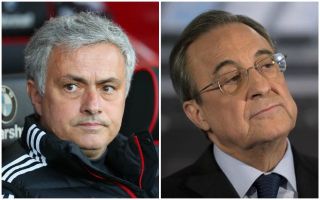 Real Madrid could reportedly get an opportunity to win the transfer battle for Lazio midfielder Sergej Milinkovic-Savic in a swap deal involving Keylor Navas.

Don Balon report that the Costa Rican goalkeeper is a target for Lazio, having fallen down the pecking order at the Bernabeu this season after the arrival of Thibaut Courtois from Chelsea.

The report goes on to explain that Real would want to include Navas in a deal for Milinkovic-Savic, who has been linked with a host of top clubs after his remarkable rise in Serie A.

The Serbia international is valued at around £88million, say Don Balon, and was earlier this season linked by the Independent as Jose Mourinho’s preferred candidate to replace Paul Pogba in midfield.

Still, if Real can get the 23-year-old’s price down by arranging an exchange deal with Navas, that would be superb business for them and likely bad news for United.