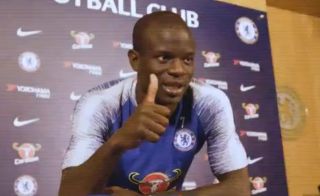 Chelsea have announced that star player N’Golo Kante has signed a new five-year contract with the club.

This great news for Blues fans has been confirmed with an accompanying video tribute to the France international, who has been truly immense since he moved to Stamford Bridge.

#FridayFeeling brought to you by @nglkante, who will be a Blue for five more years! ?#Kante2023 pic.twitter.com/evwr1rlKQ2

The video clip goes through a long list of Kante’s incredible achievements, with Chelsea clearly delighted to be keeping hold of him for the long term.

Kante is one of the best players in the world in his position, and would have been a huge loss if another major club had been able to snap him up.