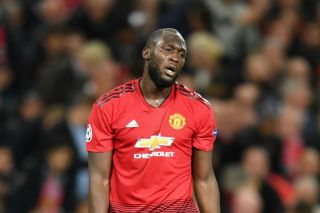 It’s quite clear to see that Romelu Lukaku hasn’t had it all his own way since moving to Old Trafford from Everton in the summer of 2017, and his current run of form at home in the Premier League perfectly sums that up.

Following the Red Devils’ stalemate with Crystal Palace, Lukaku has now gone over 14 hours since he last found the back of the net at home in the Premier League, a stat that should be very worrying reading for Lukaku and the club themselves.

That is 14 hours without a goal there! ? pic.twitter.com/xwskl4q75q

Given the fact that United forked out a huge sum to bring Lukaku to the club in the first place, United fans would surely be hugely disappointed in their star striker following the discovery of this stat.

The Belgian international has only found net the net on four occasions in 15 games in all competitions so far this term, a total that is genuinely shocking given what we know the forward is capable of.

United have creators like Paul Pogba, Juan Mata and Jesse Lingard all regularly playing behind Lukaku, so to see that the striker has gone since March without scoring a league goal at home is simply awful.

If Lukaku’s home form carries on like this, it may not be long before United fans turn on the Belgian, something that could play a part in the player’s future at the club in the long term.