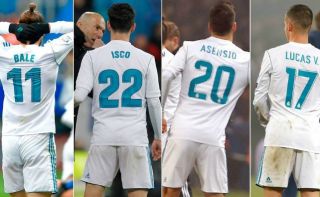 Real Madrid look in a good position to seal the transfer of Eden Hazard as reports in Spain suggest Chelsea are not going to be able to tie him down to a new contract.

The Belgium international has been frequently linked with Los Blancos in recent times and would be an ideal signing for the club after their sale of Cristiano Ronaldo to Juventus in the summer.

According to Don Balon, Chelsea are not ‘in the business’ of renewing Hazard’s contract, pushing him closer to a move to the Bernabeu, with his arrival likely to mean departures from the current Madrid squad.

Don Balon lists Gareth Bale, Marco Asensio, Isco and Lucas Vazquez as among those who would likely move on were Hazard to join the club.

Many of these have at various points been linked with moves to the Premier League, with recent speculation from another Don Balon piece stating Vazquez has been in talks with Arsenal.

This makes sense given the Gunners’ issues in attack as Alex Iwobi is far from the finished product yet, while Danny Welbeck’s injury just gives them more problems in that area.

Another Don Balon report recently talked up Manchester United’s interest in Bale, and the Red Devils are undoubtedly another team that could benefit from some changes to their front three, with Alexis Sanchez badly struggling since joining the club.

Finally, Marco Asensio has also been linked with a move to England as Don Balon recently linked him with both Liverpool and Chelsea.

It may be that the Blues could try to snap him up as part of any deal for Hazard as he’d be an ideal like-for-like replacement, though he could also do a job at Anfield.

The Spain international seems an ideal fit for Jurgen Klopp’s style of football, and would give the Reds boss a bit more depth behind his first choice front three of Mohamed Salah, Sadio Mane and Roberto Firmino.