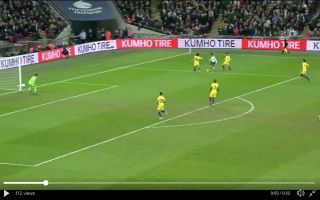 Tottenham winger Heung-Min Son scored a superb solo goal for Spurs against Chelsea this evening, David Luiz was left embarrassed as Son skipped past him with ease.

In the 54th minute of the match Dele Alli launched a through ball down the pitch which Son latched onto, the South Korean used his lightning pace to get away from Jorginho before skipping past David Luiz.

Son finished the move off with a cool, calm and composed finish – slotting the ball into the back of the net.

Check out the wonderful solo-goal below:

Fantastic goal from the South Korean! ?

Chelsea should be ashamed with their defending today, it wouldn’t look out of place during a Sunday league game.