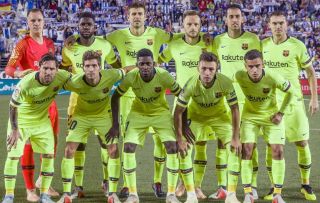 Chelsea are reportedly interested in a potential transfer swoop for Barcelona midfielder Ivan Rakitic as he becomes somewhat unsettled at the Nou Camp.

The Croatia international has been a key player for the Catalan giants for many years, but fears the club have often seemed to try to phase him out of the side with their work in the transfer market.

MORE: Video: All seven goals David Luiz has been at fault for for Chelsea so far this season

That’s according to Don Balon, who also state Chelsea are eyeing Rakitic up as he looks a perfect midfield signing to slot into the style of play deployed by manager Maurizio Sarri.

One of the most cultured and intelligent passers in the game, the 30-year-old could surely be a useful addition in a Chelsea midfield somewhat reliant on Jorginho this season, while Mateo Kovacic is only at Stamford Bridge on a season-long loan from Real Madrid.

Still, it remains to be seen if Barca will let such an important and experienced player go, even if he seemingly feels undervalued by them.

Don Balon also mention possible rekindled interest in Rakitic from Manchester United and Paris Saint-Germain, who were both linked with the former Sevilla man in the summer.