The Spanish shot-stopper celebrated a landmark 250 Premier League games for United in Saturday’s 0-0 draw at home to Crystal Palace.

While De Gea can be reasonably pleased to pick up another clean sheet, it was a day to forget for the Red Devils as their poor start to the season continued.

Despite a recent improvement with thrilling comeback wins over Newcastle and Juventus, MUFC were dealt another setback yesterday as lowly Palace held them to a draw at Old Trafford.

This followed a 3-1 defeat to rivals Manchester City before the international break, and it’s clear Evra is not at all happy with the state of his former club.

The Frenchman played for them during the height of their glory years under Sir Alex Ferguson, winning multiple Premier League titles and the 2008 Champions League in an eight-and-a-half year stay in Manchester.

Little wonder then, that he’s dismayed at the state of this current side after another poor result.

Responding to De Gea’s Instagram, Evra posted this, which was flagged up by United supporters on Reddit: 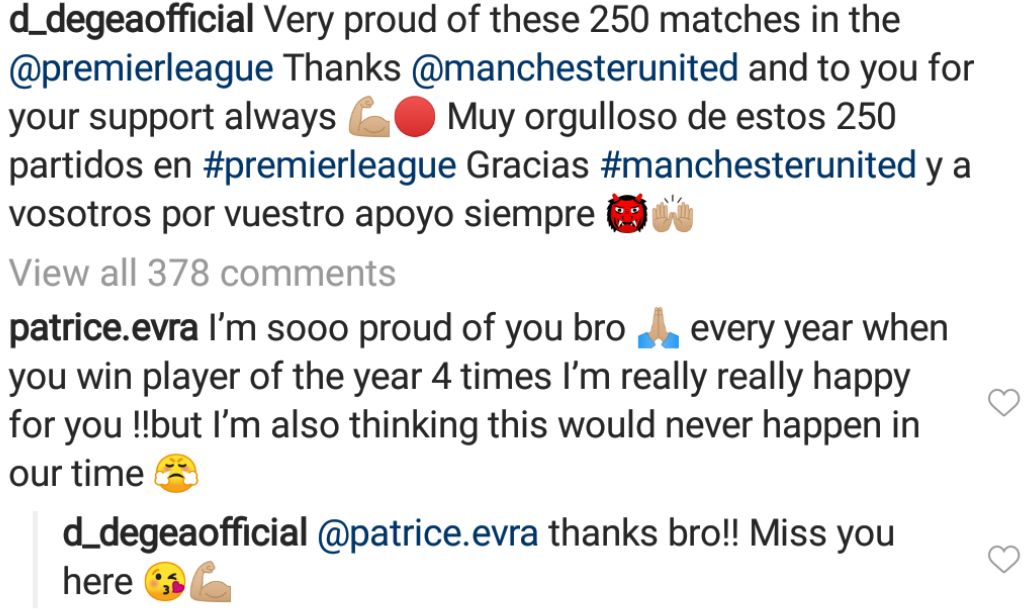