Real Madrid are said to be eyeing up Barcelona youngster Marc Cucurella, who tore Los Blancos apart for Eibar on Saturday.

Real suffered their first loss under Santiago Solari this weekend, as they lost 3-0 to Eibar at the Ipurua Municipal stadium, a result that was the club’s fifth league loss of the season so far.

Cucurella was hugely impressive for Eibar in their win over Real, with the player playing a big part in two of his side’s three goals.

And it seems like this performance against Real may have caught the eye of Florentino Perez and co if this report from Don Balon is anything to go by.

The report from the Spanish news outlet states that the Spanish giants have Cucurella down as one of their transfer targets, and that his release clause currently sits at €30M.

With Marcelo approaching the twilight years of his career, Real are going to have to think about signing a replacement for the talented sooner rather than later.

Cucurella has been a Barcelona player for a number of years, with the 20-year-old making a total of 54 appearances for the club’s ‘B’ team in the past few seasons.

Cucurella has a whole host of potential in his locker, and should he keep developing like he has done this past year or so, Barca may just have a long-term replacement for Jordi Alba already at the club. 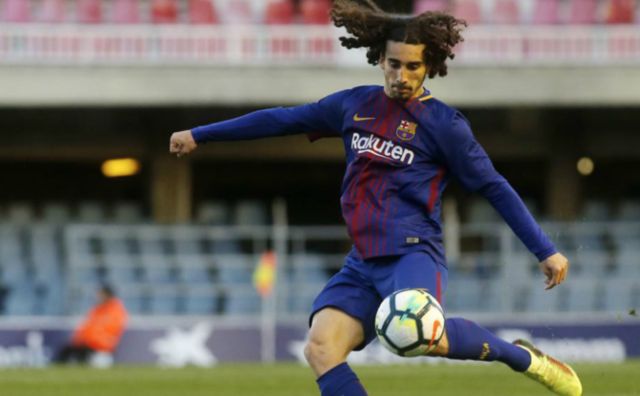 If Barcelona end up losing Cucurella to Real for just €30M, we can tell there won’t be many Blaugrana fans who will be happy with decision.

If the club want to avoid this scenario, it may be wise for them to offer Cucurella a new deal at the Nou Camp, and increase his release clause in the process.