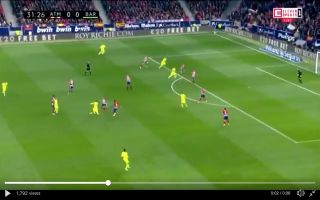 Lionel Messi showed that there are levels to this game when he embarrassed Antoine Griezmann with a superb piece of skill which left the Atleti star wondering where he was on the pitch.

In the 31st minute of the match despite the fact that Messi was surrounded by Atleti players, it was the Atleti stars left contemplating their careers after the magician avoided all of their challenges.

The Argentine glided past Griezmann like he was never there and the World Cup winner was left frozen and helpless as Messi skipped past him.

Check out a video of the sensational skill below:

Griezmann be like: "WTF, what happened? Where did he disappear?" pic.twitter.com/kgEZ0KGAV9

I think Griezmann will take a moment to think before he compares himself to Cristiano Ronaldo and Lionel Messi after he was left red-faced last night.

Now switch your sights to Serie A where AC Milan will face off against Lazio, with the action starting at 5pm.