The Czech Republic veteran started the campaign as Unai Emery’s first choice despite the arrival of Leno, but since missing a few games with injury, he’s not made it back into the starting XI.

MORE: Video: Leno pulls off Save of the Season contender to rescue Arsenal against Bournemouth

In fairness, this will come as little surprise to those who have watched Cech play in the last couple of seasons, with the former Chelsea man showing his age and no longer looking good enough for a big six club.

Leno shone at previous club Bayer Leverkusen and has settled in well at the Emirates Stadium as well, impressing Merson with his performance in the 2-1 win over Bournemouth on Sunday.

The German shot-stopper put in another strong shift as Arsenal made it 17 games unbeaten, whilst also winning their fourth away game of the campaign – as many as they did in all 19 of their matches on the road in Arsene Wenger’s final season last term. 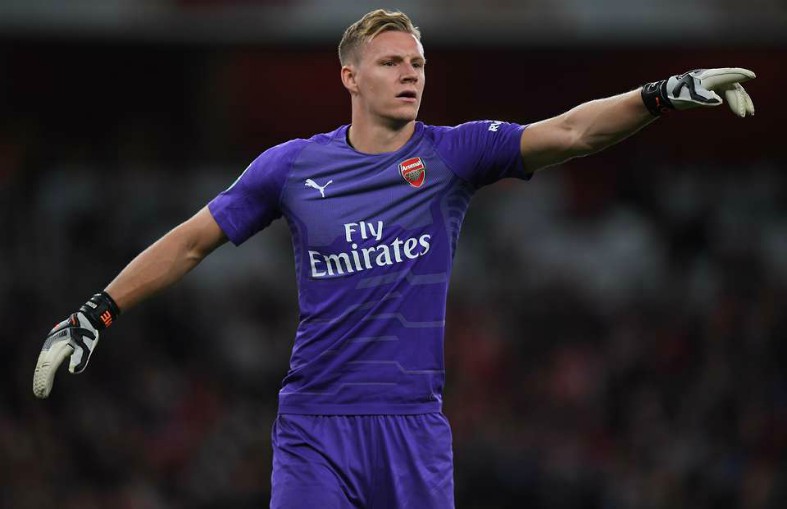 Bernd Leno has impressed since signing for Arsenal this summer

Merson clearly rates Leno highly and suggested he’s all but ended Cech’s Arsenal career for the time being.

‘[Leno] is doing really well, isn’t he?’ Merson said on Sky Sports, as quoted by the Metro. ‘He looks a good goalkeeper, he looks like he’s got a good temperament as well.

‘He’s made some great saves. They’re always out of danger, he doesn’t gamble, he doesn’t go “oh I think he’s going to hit it there”.

‘That’s reading the game to the highest level. He’s been outstanding, absolutely outstanding.