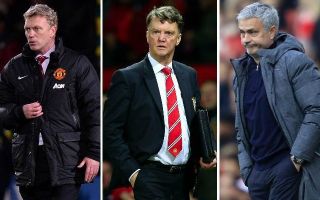 Manchester United have been involved in as many as twenty 0-0 draws since Sir Alex Ferguson retired, according to stats collected by BBC Sport.

Their piece shows the Red Devils have had more goalless draws in the Premier League since the 2013/14 season than any of their big six rivals.

In fact, their record is precisely double that of Tottenham, who have had just ten in the same period, while Chelsea and Liverpool are joint second with 14.

This is damning reading for United, who used to be one of the most entertaining teams in Europe, let alone the country, even when they weren’t necessarily always winning title after title.

MUFC fans will fondly remember watching attacking talents like Cristiano Ronaldo, Wayne Rooney, Ryan Giggs and so many others, but this current side is a far cry from those glory days.

Players like Alexis Sanchez and Romelu Lukaku arrived with plenty of promise but have flopped, while young talents like Anthony Martial and Marcus Rashford have not really developed as expected.

United drew 0-0 with Crystal Palace at the weekend to reach this landmark, and with their side playing such slow, uninspiring football, one imagines there could be a fair few more results like this between now and the end of the season.